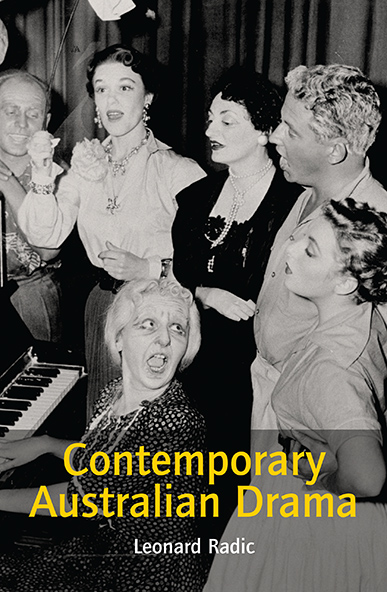 A revolution occurred in Australian theatre in the late 1960s with the creation of drama companies with a passionate commitment to Australianness. This “new wave” playwrights were impatient with what they felt was stuffy, imported theatre of no relevance to themselves. In its place they set about creating a theatre which explored Australian themes and issues and where the playwright had pride of place. Contemporary Australian Drama is an introduction to their work. It is a critic’s book, designed for both students and theatregoers.

“Len Radic’s book is a valuable and comprehensive overview of Australian playwriting over the last forty years – from the so-called ‘new wave’ to the present. Individual dramatists are given close and sympathetic scrutiny and, more importantly, they are contextualised. Their work is assessed according to the degree it reflects and occasionally affects the society it chronicles”. – John Bell, Bell Shakespeare Company.