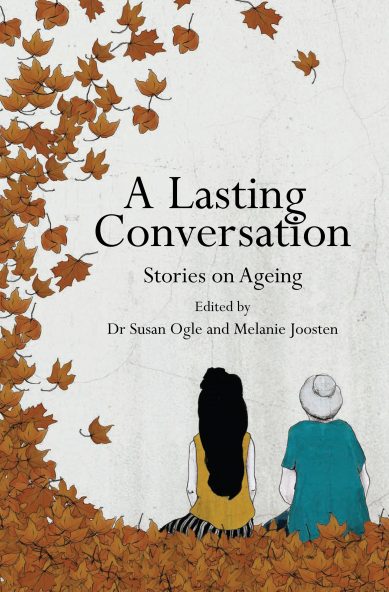 A Lasting Conversation: Stories on Ageing

A Lasting Conversation: Stories on Ageing explores many aspects of ageing including resilience and defeat, satisfaction and regret, excitement and fear, love, loss and laughter. These stories are written from various perspectives, including older women and men, their daughters and sons, grandchildren and observers. They present a fascinating picture of what it is to grow old as an Australian. Each story is infused with acute observations and wry humour.

In November 2020 – A Lasting Conversation won the Australasian Journal on Ageing annual book award with a prize of $1000.00. Editor, Dr Susan Ogle is generously donating the prize money to the research work being carried out by Professor Sarah Hilmer, a clinical pharmacologist and geriatrician at North Shore Hospital.

Dr SUSAN OGLE is a geriatrician at Royal North Shore Hospital and Associate Professor of Medicine at the Sydney Medical School. She has a Masters of Medical Humanities and is editor of ‘Reflection’ in the Australasian Journal on Ageing. Her poetry and stories have been published in medical and literary journals. Falling and Flying — Poems on Ageing (Brandl & Schlesinger) edited by Judith Beveridge and Dr Susan Ogle was published in 2015.

MELANIE JOOSTEN is a writer and social worker from Melbourne. She is the author of the novels Berlin Syndrome (2011) and Gravity Well (2017), and has been named a Sydney Morning Herald Best Young Novelist. She is the author of the nonfiction collection A Long Time Coming: Essays on Old Age (2016), which won the Australasian Journal on Ageing Book of the Year Award in 2017. She works as a policy officer in the area of ageing and elder abuse.

Click here to listen to Susan Ogle in conversation with Tony Birch and Melanie Joosten at Gleebooks on Thursday 23 July 2020.