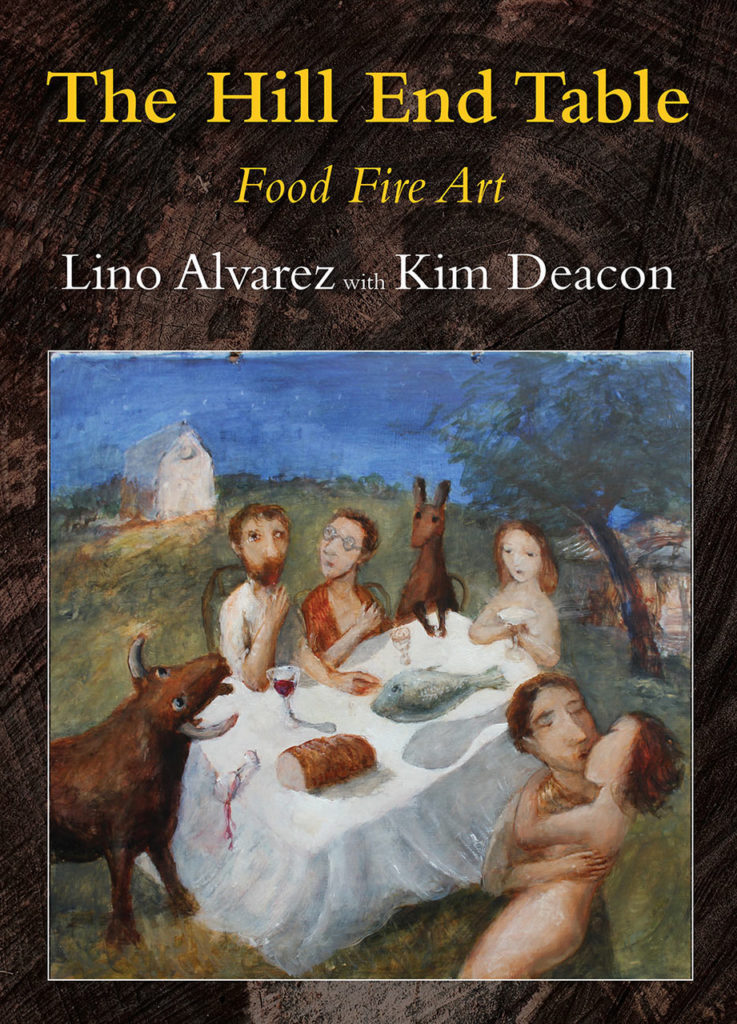 Lino Alvarez and Kim Deacon were at the forefront of an exodus of artists over the last twenty years, seeking a more organic lifestyle in the historic gold mining town of Hill End, in Central West New South Wales. At La Paloma Pottery, next to their 1865 wattle and daub miner’s cottage, Kim and Lino have created the sensuous clay cooking pots and tableware that add flavour and authenticity to their delicious mix of Mexican-inspired and inter­national dishes. Their indoor and outdoor kitchens are a meeting place for like-minded spirits – family and friends, local descendants of the original residents of Hill End, and distant artists. These fellow diners at the Hill End table make the pilgrimage to this historic site for many and varied reasons.

This lavishly illustrated book, rich in both fine and culinary art, allows readers the chance to join that table, for an aromatic mix of Art, Food and Fire. It is a book redolent of the flavours, scents and images of this exceptional couple’s lives. 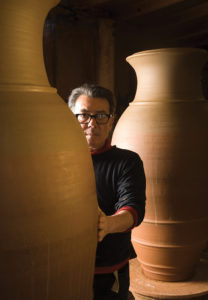 Lino Alvarez studied ceramics in Hermosillo, Mexico and University of California, San Diego before setting out on his European travels. This eventually brought him to Sydney, Australia in 1982 where he established La Paloma Pottery in Newtown. La Paloma became renowned for producing large earthenware pots commissioned for spaces such as The Lodge in Canberra, Darling Harbour, Sydney, The National Gallery of Australia and for many private clients. In 1997 Lino with his wife Kim Deacon moved to Hill End.

Kim Deacon grew up in Melbourne and worked as an actress in such iconic feature films as The Getting of Wisdom, Winter of Our Dreams and Rebel and Australian TV productions such as Prisoner, Country Practice, GP and Water Rats. Working at La Paloma, Kim has become a significant potter in her own right and also continues to develop her projects for voice, harp and performance.

Gus Armstrong  studied photography at the Canberra Institute of Technology and prides himself on his ability to seek out all things weird and wonderful. Through his photography work we see his explorative individualised approach, strongly backed up by a fine attention to detail. The Hill End Table is his first professional photographic assignment.