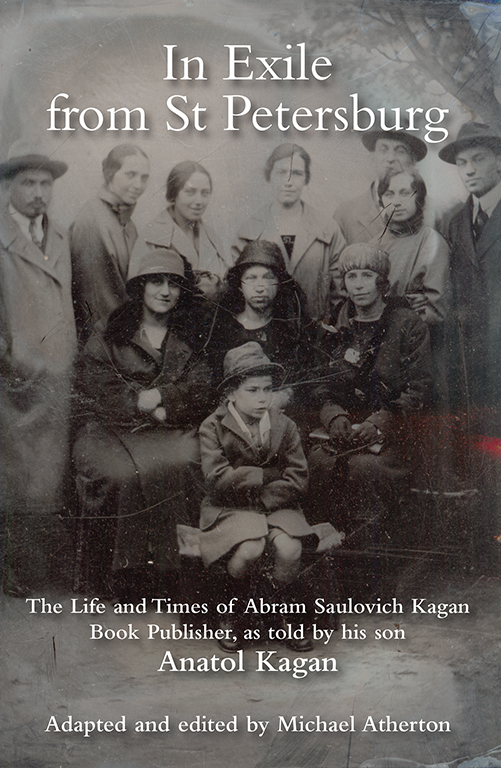 In Exile from St Petersburg

Adapted and edited by Michael Atherton

With a passport stamped “never to return”, St Petersburg intellectual and publisher Abram Kagan, was expelled by Lenin in 1922, ending up in Berlin, where his young son Anatol would read the proofs of Leon Trotsky’s History of the Russian Revolution. But these were dangerous times for people of Jewish origins and soviet passports, witnessing and opposing the Nazis coming to power.

“Fascinating as Saulovich’s life weaves through arguably the most dramatic time in the 20th century.” Dorian Thorpe (writer & musician)

“The Kagan family’s journey out of Europe in the tumul­tuous days between the Russian Revolution and the World War II makes an exciting read.” Trixie and Bruce Harvey (historians)

“Wonderful insights into the world of literature and pub­lishing in various places.” Judith Armstrong (Russian studies scholar and novelist) 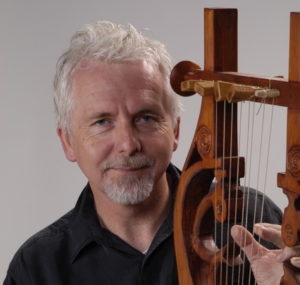 Following research in literature at the University of NSW, Michael studied music at the University of Sydney and the University of New England and completed a doctorate in music and cultural history at the University of Tecnnology Sydney. He played early music in the Renaissance Players (1974–1980); joined Rivendell as a music therapist (1978–80) in the team of Professor Marie Bashir; pio­neered cross-cultural music in Sirocco (1980–6); and directed his own ensemble, Southern Crossings (1986–93). He continued to perform inter­nationally for Musica Viva following appoint­ment in 1993 as the Foundation Chair of Music at Western Sydney University.

Michael is an expert in the ethnomusicology of musical instruments and sound making objects in Australia and the Asia-Pacific.  He composes music for the concert hall, film, television and radio. In 2008 he was the featured composer in the Aurora Festival, with five world premières. He is a Fellow of the Royal Society of Arts, Manufactures and Commerce. Other awards include a Centenary Medal (2003) for service to the commu­nity. In 2009 he co-edited Music of the Spirit: Asian-Pacific Music Identities. Michael is also a member of SynC, an electroacoustic duo with Garth Paine. Performance highlights include: New Interfaces for Musical Expression (NIME), New York, June 2007; and NIME/Agora Resonances, Paris, 2006. Michael’s most recent book is Musical Instruments and Sound Producing Instruments of Oceania (2010). He retired from Western Sydney University at the end of 2012 and was honoured with the title, Emeritus Professor, for his distinguished contribution to teaching and research in the field of music and service to the University over many years.

Michael is pictured above with an ancient Greek kithara by Harry Vatiliotis.