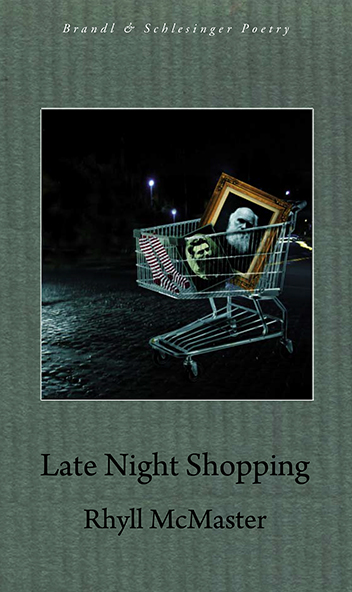 Whether she writes poetry or prose Rhyll McMaster’s work reflects her fascination with the passionate forces that drive life and society.

‘She is a born poet who knows that poetry begins where philosophy leaves off. These are rare poems that cohere in a way that makes this book, layer by layer, a kind of prayer and a testament to the power of reality: it will repay your reading over and over.’ – Robert Adamson

‘This is poetry not for lyrically-minded impulse-shoppers, but for those prepared to think and re-think where and what we are.’ – Bruce Dawe

‘Enriched by insights from science and a formidable grasp of language, McMaster reveals herself here as one of our most serious poets.’ – Geoffrey Lehmann

Late Night Shopping was short-listed for The Age Book of the Year Awards, 2012; the Queensland Literary Awards’ Judith Wright Calanthe Poetry Award, 2012, and has been ‘highly commended’ in the Prime Minister’s Literary Awards, 2013. 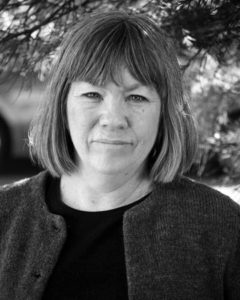 Rhyll McMaster’s poetry was published in The Bulletin while she was still a schoolgirl. Of her six poetry books, The Brineshrimp won the Harri Jones Memorial Award. Washing the Money won the Victorian Premier’s Award and the Grace Leven Prize. Flying the Coop was also awarded the Grace Leven Prize. On My Empty Feet was adapted as a radio play for the ABC. Her poems have been broadcast on national radio and television.

Feather Man, McMaster’s first novel, won the inaugural Barbara Jefferis Award and the UTS Glenda Adams Prize in the NSW Premier’s Awards. Feather Man was also shortlisted for the Victorian Premier’s Award and the Australian Literature Society’s Gold Medal. World English rights were sold to Marion Boyars and it has been published in the UK, USA and Canada. It was longlisted for the World Book Day (UK) Spread-the-Word: Books to Talk About 2009 Prize.

Feather Man is being considered for film options from both Australia and Canada.It is currently stocked in English-language bookshops, including the Shakespeare & Company Bookshop, Paris. Feather Man was favourably reviewed in The New Statesman and was recommended as Pick of the Week in The Boston Globe; it was chosen for special promotion through independent bookshops by the American Booksellers’ Association, both as a Choice of the Month and for their Highlights list, and was chosen for promotion in the US by the Literary Ventures Fund.

Rhyll was interviewed on PRI’s The World radio program which is hosted by Lisa Mullins and broadcast across America.  Rhyll has been a guest of the major Australian literary festivals; the Southwold Literature Festival, UK, 2008; and has conducted seminars on her novel at Sydney University. She will be featured in an ABC TV segment, The Writer’s Room.

Feather Man is in its second Australian edition and is published as an Audio book. Feather Man was listed as a ‘Favourite Australian Novel’ in a reader poll, ABR Magazine, 2010, along with Tim Winton, Patrick White and David Malouf. It is to be published in translation, in Mandarin, by the Anhui Literature and Art Publishing House, China, in 2011.

Rhyll was awarded a two-year Fellowship by the Australia Council in 2009 to write her next novel, Oceania.