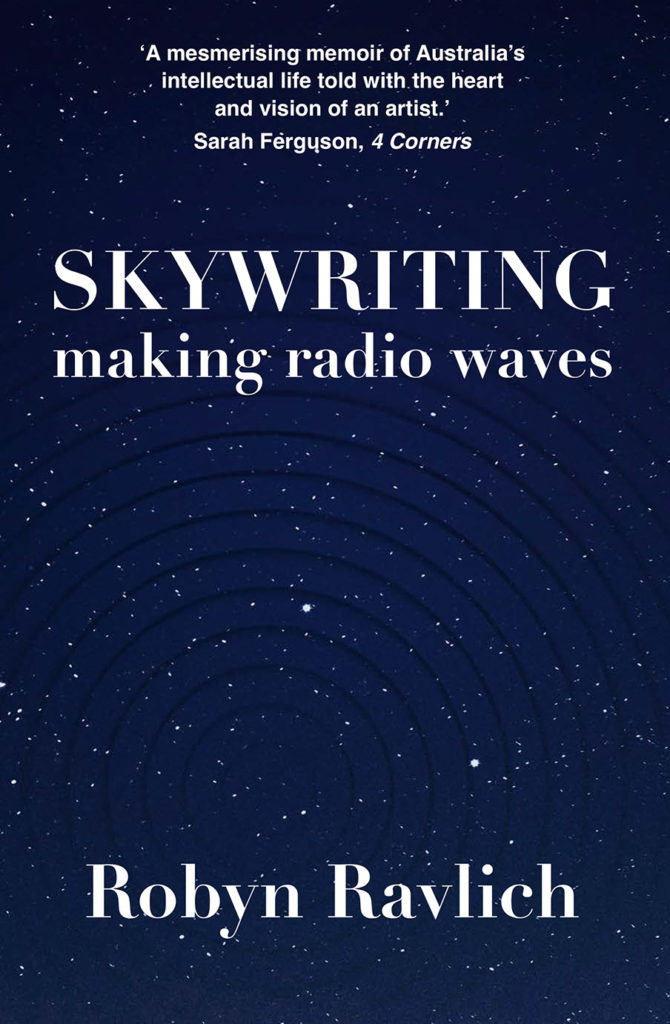 Skywriting – making radio waves is at once the captivating story of contemporary Australian cultural life and a personal biography of an acclaimed ‘radio poet’,whose signature radio features and documentaries on ABC RN have creatively conveyed ideas, personalities, and places.Timely and revelatory, it draws on the experiential riches of life in radio times from the youthful foment that rocked ABC airwaves in the 1970s until the advent of podcasting. Skywriting ventures beyond the institution and invisible theatre of radio to enchant the mind’s ear of readers with evocative portrayals and luminous portraits: chalking ‘Eternity’ on the midnight streets with artist Martin Sharp; examining the afterlife of poet Vicki Viidikas and photographer Carol Jerrems, artistic bright sparks of the author’s generation; to name just a few. It’s a love letter to the radio feature, a unique form of storytelling that has explored and contributed to shaping our culture, and whose story has not been told until now. Links are provided to downloadable companion audio.

“Skywriting is an original and intriguing, multilayered combination of different kinds of memoir artfully woven together into a compelling whole. It is not only a personal narrative of great interest, but a memoir of an exceptionally creative time in Australian culture, and a memoir of an institution – the most creative part of ABC Radio National and the programs on it connected to the arts; literature, music, painting. The writing is vivid, arresting and poetic. The manuscript is well-shaped,with a lovely natural rhythm within each chapter, and as a whole. I was transported away, quite enchanted by the luminous sense of place and the people of Broken Hill in Robyn Ravlich’s story of her childhood, a as well as her later pilgrimage back to her roots, the Dalmatian coast and surrounds…” Anne Manne (Anne Manne is an Australian writer and essayist. Her works include the bestselling The Life of I: The New Culture of Narcissism. Melbourne University Press, 2014, 2015, a memoir, So This is Life: Scenes from a Country Childhood, MUP 2009,2010, and Motherhood, Allen and Unwin, 2005, finalist in the Walkley Award for best non-fiction 2006.)

Click here to listen to an interview with Robyn Ravlich on The Conversation Hour hosted by Ali Moore, ABC Radio Melbourne. Robyn’s interview is 7 minutes and 45 seconds from the start of the show.

Click here to listen to an interview with Robyn Ravlich on The Music Show with Andrew Ford.

Click here to listen to an interview with Robyn Ravlich on 2SER with Stephen Hill. 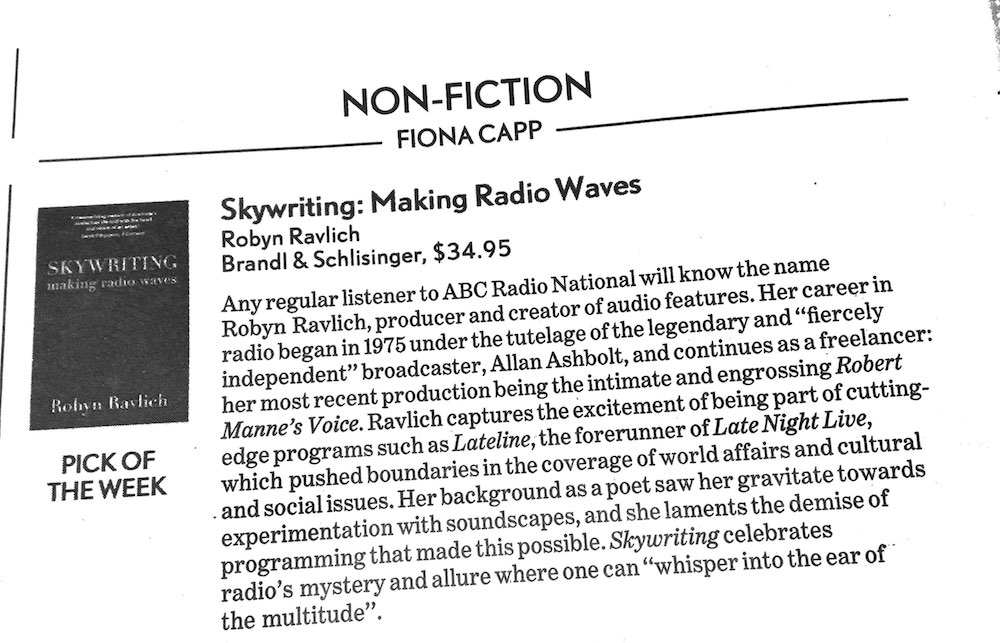 “Skywriting: Making Radio Waves a neat paperback with a good index, many photographs and audio links to selected programs. It’s a valuable resource and will surely become a classic. ” Click here to read more.  Granny’s Good Reads, The Gleaner August 2019. 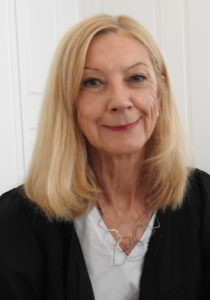 During a celebrated ABC radio career spanning more than three decades Robyn Ravlich produced and presented a range of unique radio works, rich in ideas and sound. A young poet and performance artist of mixed Croatian-Australian heritage, born in the outback mining town of Broken Hill, she moved to Sydney for university studies, and from 1975 forged a creative career in radio at the Australian Broadcasting Corporation as a writer and broadcaster, recognized for her distinctive, poetic approach to radio feature productions for The Listening Room, Into the Music and other innovative shows. ‘Ravlich’s own work, beautiful and alluring, is...