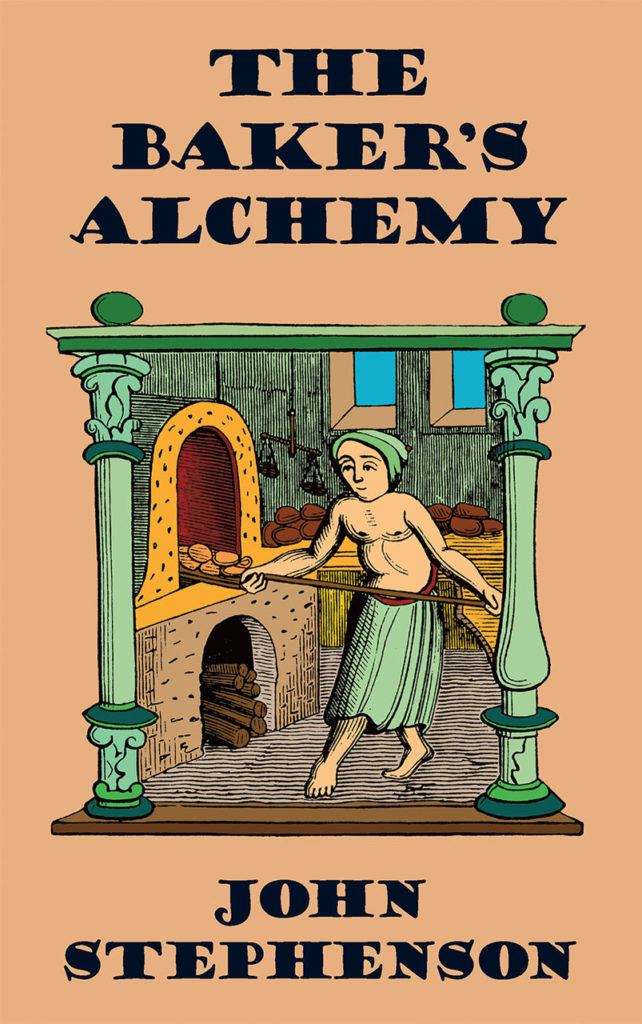 Ignacy Wadowski has taken a new and much younger wife.  He is besotted and whilst Jadwiga is attentive and dutiful, she has not allowed him into her bed.

Enlisting the aid of a white witch’s potion to renew his youthful vigour, Ignacy is surprised to find it is his youth that is renewed!  He hatches a mischevious plan to seduce his wife, but of course this leads to trouble and twisty moral condundrums… A jolly read full of playfulness, inventive details and entertaining wordwit.

‘With its nostalgia for lost youth, rich with puns and word-play, The Baker’s Alchemy is like a Brothers Grimm tale for adults, only much funnier. Strange and highly entertaining.’ Mark O’Flynn, author of The Last Days of Ava Langdon

‘The Baker’s Alchemy has the gleam of a remarkable imagination and the authenticity of a folk tale. A writer at the top of his powers.’ Barry Oakley, playwright and novelist

‘I enjoyed The Baker’s Alchemy immensely. The tale embodies a quite wonderful use of language, wry humour and intimate knowledge of the Polish primeval forest. The subtle dislocation of reality in the service of magic is gloriously creative.’ Michael Moran, author of A Country in the Moon. Travels in Search of the Heart of Poland.

“Twenty-one years have passed since John Stephenson’s first novel, The Optimist. His long-overdue sophomore book comes in the unusual form of a Polish fable, The Baker’s Alchemy. Those expecting anything similar to his well-received chronicle of poet Christopher Brennan might at first be scratching their heads in puzzlement, but Stephenson possesses style and humour in spades, qualities that have fallen out of fashion in Oz lit.

The year is 1870, and master baker Ignacy Wadowski has a fairly contented life on the edge of Białowieża forest. His young wife, Jadwiga, married this older fellow partly to escape her own family’s poverty and partly because he was all she could get. Jadwiga has a club foot, which the local boys find offputting. Theirs is a practical arrangement, which has remained unconsummated, much to Ignacy’s frustration. In a pique of desperation, he visits Oaky Ester, an affable sorceress who resides in the forest. Ester provides him with a tonic that temporarily restores Ignacy to his handsome, youthful self. Reinventing himself as forestry worker Adek, he sets about seducing Jadwiga.

A fable on the moral quandaries of fidelity and deception ensues. Stephenson is clearly enjoying himself here. His deadpan, self-mocking prose is spot-on. The story veers into Shakespearean farce as Adek and Jadwiga wrestle both on the shop floor and with the guilt of cuckoldry. Ignacy can only remain as Adek for a brief time, and must establish an increasingly complex routine so Jadwiga does not discover his true identity. A work outing to cater for the gentry convolutes the case further, as Russian soldiers, Polish rebels and balloon-obsessed aristocrats vie for control of the countryside.

Three hundred pages of magic realism may not be everyone’s filo pastry, but Stephenson’s clever book has its rewards. Discussions of statelessness and nationhood are shoehorned nicely into the narrative alongside meditations on ageing and sex. The characters are charming and there is love for the natural world that exudes from the writing. In particular, the show is stolen by a Major Mitchell cockatoo named Kostek – one of several winking references to Australia – a petulant, vain entertainer who wants nothing more than to be adored by a sophisticated European audience. The Baker’s Alchemy marks an exuberant and unconventional return from a wickedly smart author. There has been nothing else like it released this year. ”  JD
Click here for the review. 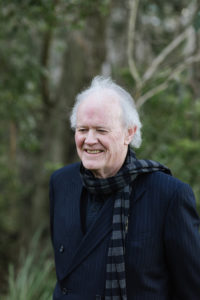 John Stephenson was born in 1945 and has pursued a career teaching, writing, editing, mentoring new writers and contributing to journals.  His previous novel, The Optimist, based on a year in the life of the poet Christopher Brennan, attracted much attention. He lives in the Blue Mountains near another great forest, and bakes occasionally.