Geoff Page is a Canberra poet who has published fifteen books of poetry, two novels, a biography, a book of short stories and poems and edited two anthologies. Among his more recent poetry collections are Collateral Damage and Darker and Lighter which won the Grace Leven Prize for 2001. His long poem, The Scarring, was published in 1999 and broadcast on ABC Radio in 2001 and 2001. He also published A Reader’s Guide to Contemporary Australian Poetry in 1995.

With time off for several grants from the Literature Fund, Geoff Page ran the English Department at Narrabundah College, ACT, from 1974 to 2001. Geoff has read his work and talked about Australian poetry at conferences in Britain, Italy, Switzerland, China, Singapore and New Zealand. He has also been writer in residence at the University of Wollongong, the Australian Defence Force Academy, Curtin University and Edith Cowan University. In 1990 Page won the Queensland Premier’s Prize for Poetry and in 2001 he won the Patrick White Literary Award. 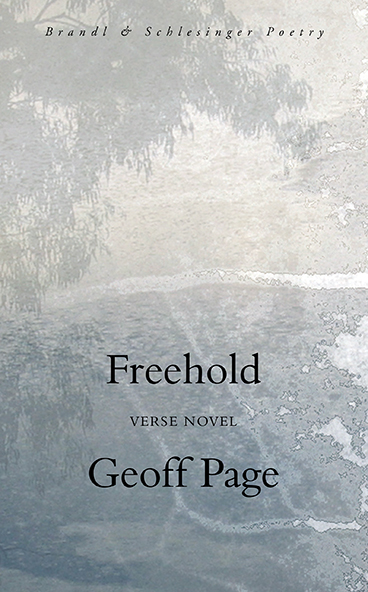